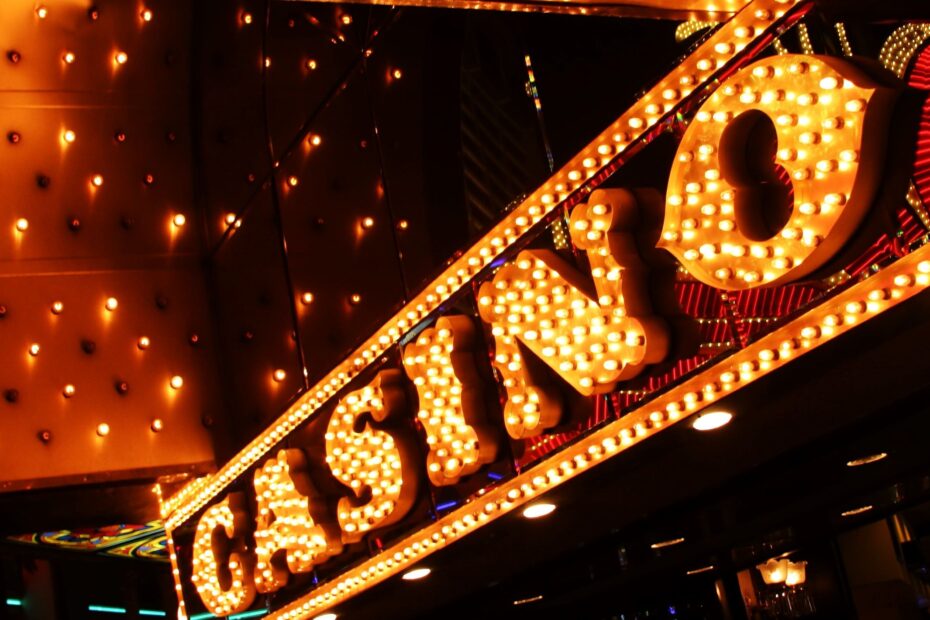 10Best.casino is not just another casino review portal.

I’ve built thousands of ordinary websites over the last 20+ years. However, I’ve only built about a dozen truly special & magical websites.

10Best.casino is going to be a magical online wonder as I’m approaching my latest creation, the Top 10 Best Online Casinos (10Best) website, with absolute love in my heart.

I’m very much blessed from our mystical creator above and grateful for all my blessings.

Now please understand that I’m not your average person on the web trying to sell you something with my life’s finances dependent on the sale.

I’m good and not worried if I make less money because I steer you towards free games instead of real money gambling. Ultimately I would rather make less money and truly help more people than cashing in for every dollar possible.

I started working in the i-Gambling business at a time when I noticed the financial stock channel on TV. It was talking about the future of internet gambling.

On CNBC or Boloomberg (not sure which one) broadcasters said that the online gambling casino market was really heating up and it was forecast to become a $5 Billion market by 2005.

That was what I wanted to hear because I was just starting building my first websites at the time. They were actually just banners on a page with come colored text and borders my first months of web development. They were just plain fugly actually.

But their fugliness didn’t matter.

You see, I’m a born natural genius & I scored in the 99.99 percentile on all the typical testing growing up. As a kid, in class I would often be raising my hand at the beginning of the lesson asking about the outcome, which I’d already figured out was the lesson for the day.

I see the end before it was in sight always.

In my first month building Online Casinos World and Casino Winners Network I immediately gained top search engine rankings through natural born talent for pattern recognition and reverse engineering organically from my mind. I’d been deciphering the codes of natural orders throughout my life and now I was able to decipher algorithms setting at home on my computer and get paid ridiculously well to do it.

By my second month in the industry I was dominating Yahoo and Alta Vista and sending a lot of people to the casino sites. I remember 1/2 way through that first big month for the business I was asking the casino if they could please pay me in the middle of the month because I just couldn’t believe I was going to make as much money as the traffic stats/reports were showingI would.

It was nearly $20K midway through my second month working on the web and it seemed too crazy.

When that 2nd month working in the virtual casino business in 2001 was over and the traffic stats were all tallied up, I had earned over $30,000 in only my second month working on a computer for the first time in my life. I knew just what time it was and went full speed ahead in total beast mode focused on making as much as I could with it while it lasted, knowing that nothing lasts forever.

I was 23 when I started my internet business. I became a millionaire by the age of 27. I then set my goal to become a billionaire before I was 40. That was overly optimistic I guess…

I really never liked the fact that I made money while someone else lost money at the casino. I was able to move forward and work in the online gambling business knowing that I would always provide people with the lowdown truth and would never recommend an untrustworthy casino to another person just to earn a dollar.

Back then there were all kinds of crazy people in the internet casino business. Many of them turned out to be shady crooks without morals. But those types of people always came and went, never lasting around more than a couple of years.

With my new casino marketing business up and running I recorded my stats for the month on an excel sheet. I’d list the casino name I had a marketing agreement with in a column on one row on the excel sheet. Then, in the next row I’d record how much money I earned with their affiliate program that month.

Every month it was super exciting to calculate my earnings as I was pretty much setting a new record high monthly earnings month after month going for many years.

Before long I was earning over $100,000 month as things weren’t showing any signs of slowing down.

So I doubled down and started “Dmoz Hunting” as I called it back then. Websites that had a highly coveted Dmoz web directory listing were given special preferences by Google and Yahoo.

I was contacting just about every site possible that was listed in Dmoz, offering to buy their websites.

The double down on my internet marketing business proved to be a smart move.

After another couple years I was regularly earning over $200,000 a month from selling online ad space to a reputable virtual casino that exists only in cyberspace.

And I was doing it all from home.

I went from working solo by myself in my college apartment, to hiring my cousin as my first real hire, eventually employing 30 people full time plus another 15 plus subcontractors.

My monthly overhead was insane over 100K per month.

However, as time went on and new higher records kept getting set, my income was well over $500,000 month.

I’d made it a goal at the time to cross $1 Million revenues in one month, but I never quite reached that highest of peaks I was reaching for.

Nonetheless, in my best month in business ever I earned around $830,000 by working long, hard, smart and partnering with trustworthy gambling sites that would pay their players timely and pay their affiliate advertising fees as agreed upon.

That was such an exiting time for me as you can imagine. But as I said earlier, I knew it wouldn’t last forever.

I started being more active with my stock investment account. Random circumstances caused one of my banks to close all my accounts around that time. That was most likely since I was advertising online casinos which were often mistakenly labeled as illegal back then. When in reality the internet casinos never were illegal.

When the bank closed by account I had over $3 Million dollars in an investment account they were managing. I had to put it somewhere quick so I sent it to my personal stock account.

I was having fun learning the market patterns, momentum and momentum shifts, earnings releases and how its all a bunch of smoke and mirrors by the media covering the markets and the hedge funds moving them…

It was fun like building the internet was fun. I loved figuring it all out and predicting outcomes based on pattern analysis of technical indicators and also understanding the macroeconomic influence of the markets and their ultimate price movements up against and through key resistance levels.

Prior to the $3 Million move into my stock trading account I had successfully invested in the market for over 10 years utilizing a very smart & safe way to easily invest in the stock market and consistently beat it. No, this is not market scam. Its a simple and effective technique that works!

To beat the stock market do the following exactly as instructed:

How to Beat the Stock Market in 5 Easy Steps

I was figuring out a way to create a new economic model. I called it digital capital mining and the premise was rather simple.

Speed up the effects of compound interest.

The reason for this is that the way compound interest works. It make numbers grow exponentially larger over the course of time.

So my idea for digital capital mining was to find a formula to extract 2% daily. This would take a $100,000 investment into $420,000,000 in the first year and it becomes billions in the second year. That’s assuming you earn an average of 2% daily for 250 trading days throughout the year.

Now there’s X amount of money in the markets with a total market cap of X, netting in a massive surplus of capital in the markets.

He who solves my digital capital mining mystery shall create untold fortunes and forever change the financial markets much like the way the printing press changed how people read and the frequency of how often they got new information.

I had already reached great success in life. So when I ended up loosing the 3 Million dollars which got moved there due to a bank account closure outside of my control I shrugged it off with absolute confidence that I would generate billions through digital capital mining.

You see, I’ve envisioned myself helping others for my whole life as long as I can remember in my early childhood memories. I was born knowing what my purpose is in life.

So when I was risking & losing millions of dollars in the stock market it was risked for the greater good of carrying out my philanthropy work and humanitarian work I was so eager to start.

It wasn’t risked just for the sake making even more millions for myself.

I made one major mistake frequently with my capital mining which was investing everything in one spot before an earnings call.

I wasn’t investing and I wasn’t mining capital.

It was actually the beginning of my gambling addiction. I just didn’t know it yet.

The digital capital mining days were very exciting and tremendously stressful at the same time. On my best day ever in the stock market I made over $500,000 profit in one day. Seriously!

However, my worst day ever in the stock market was much worse and on my worst market day I LOST $800,000 IN ONE DAY once upon a time…

10Best.casino is proud to partner and work with some of the biggest brands in internet gambling. These iGaming resources are a great way to start learning how to gamble online at trustworthy casino websites.